People’s wish for better personal development has produced a publishing bonanza. Go to your neighborhood bookstore. Look along the shelves of self-help and self-improvement books. What do most of them have in common? A tendency to focus on people who have made spectacular changes to their lives, often based on an instantaneous “conversion” to some point of view. It’s the personal development equivalent of being “born again.” Does it work? It certainly does for the writers. However, relying on a series of “big hits” is a poor strategy for making change itself. 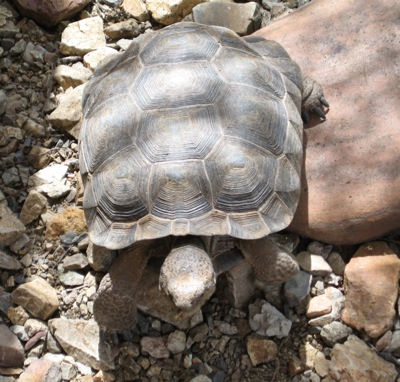 Writers and journalists have to sell their work. Both groups know that something surprising or shocking sells better than a story that’s more mundane. They know that instant answers sell better than instructions to persevere, and simple prescriptions do better than complex ones. Self-help writers also prefer emphasizing the positive, so their version of the blockbuster scoop links instant, radical transformation with a climactic event like walking across hot coals or attending a seminar by some motivational guru. “This book changes lives” is standard back-cover copy—even if the only life changed was the author’s when the royalty check arrived.

I’m not denying that sudden, dramatic breakthroughs can happen. What I’m suggesting is they’re no more common than any other “once in a lifetime” event—which means very uncommon indeed. Certainly not something you should take as the norm, or something you should set your sights on when you decide to make some significant change in your own life.

Games of baseball—or cricket, since I’m English—are typically won by the slow and steady accumulation of singles, not the spectacular hits to the boundary for four or six, or home runs in baseball. It’s exciting to watch the batter produce a huge hit right out of the park, but depending on big hits alone is not a reliable strategy for winning games.

Successful personal growth too is best achieved by a consistent, long-term series of baby steps. This approach isn’t spectacular—certainly not the stuff of best-selling self-improvement books—but it works. All the small gains gradually amount to something big, sometimes faster than you imagine. It’s like the laws of compound interest in investing. If you invest $1000 each year for 25 years and earn only 5% interest, you’ll have $53,499.81 at the end. And that’s certain. You could “invest” $1000 per year in a lottery, or some other speculative venture, and win a huge amount. More likely, at the end of the 25 years you’d have nothing— not even the $25,000 it cost you. Waiting and hoping for the big one is a poor investment strategy with money or development. A consistent series of actions to enhance your career, develop your skills, and broaden your mind, even if each one is quite small, is a far better choice. Each builds on the last. Each one sticks because it’s a pace of change you can cope with.

Don’t focus your personal development on home runs. It may work for some, but that’s mostly luck. Sure, someone wins the big lottery prize, but you have a much greater chance of being struck by lightning or run down by someone distracted by yammering on their cell phone. Besides, just as many lottery winners are broke again in a few years. There’s no guarantee that a sudden, dramatic personal breakthrough will stick. “Easy come, easy go” applies to more than money.

If you want to slow down and live life more deliberately—and you should, there’s little doubt of that, unless you’re chronically idle—start small, then keep it going. Stop one task you don’t need to do. Take one extra hour a week for thinking time. That should be possible for everyone. And when you’ve done it, do it again: another pointless task dropped, another useless meeting canceled, another hour added to thinking time.

Keep going like that and you truly will revolutionize your life. Today, July 4th, celebrates a climactic event in the United states, the Declaration of Independence. Was that it? Did the colonists simply announce their freedom and go back to living their lives? Of course not. The declaration was just the start of length battles and struggles to make it stick. What won the war was a series of victories, plus some defeats, mostly small and relatively insignificant in themselves. Only taken all together did they change the world.

# posted by Carmine Coyote : 8:31 AM
Comments:
That's why I prefer soccer as opposed to football. In soccer the ball has to be passed around to a couple of teammates in order to make it up the field. In football, one player can just run straight up the field and score a touchdown - there's very little passing.

One of the most ironic things about success is that small differences sometimes bring great rewards - I like the short passing games of Brazil and France (soccer). Many times we stall because we think that we need to make big changes in order to reap great rewards. That’s not necessarily true. Many times all we need to do is be just a little bit better. When I was in High School I started out each school term by putting in average work but always increased my intensity of study towards the end of the term. This always brought me great results in terms of school performance at the end of the term.

It is my firm belief that if we just make small changes in a few areas of our life, our success will be magnified significantly. Think about a horse-race. If a horse comes in by a nose in a photo finish, it is declared the winner. (Same thing with Nascar or Grand-Prix racing). The reason why athletes stretch out their body at the finish is because they understand the power of small differences. Real change is usually built on a series of small steps made regularly.

I wish my boss would understand this, he wants it all now! He does not understand what it takes to rebuild, we all took over from very poor management that we were close to folding. Now after two years we are starting to turn the corner but not fast enough for him.

Its funny that every time I read this blog it is like reading my mind.

Some bosses always want things faster than anyone can provide them. It makes them feel tough, I guess.

One of the common occurrences I see today in spending time with executives deeply analyzing their effectiveness, is that most people today do not take the time for self reflection and self analysis.

One of the techniques we use in our leadership development practice is to digitally record our 3-4 hour initial sessions with an executive. These are then transcribed and used as a major foundation for our analysis. We find that for each and every person, tremendous insights occur when they are confronted with the irrefutable evidence of their own words. It is clear to us that part of what has this "technique" resonate with such power is that in today's hectic world of instantaneous and pervasive communication in a context of continually being asked to "do more with less", awareness of what we say, how we say it and its impact has declined dramatically.

The points of illumination which occur with executives in our process do not sustain themselves however unless and untill each individual makes a concerted effort to change their behavior. It is one thing for someone to say to themselves, "I will be a more empathetic leader." It is another thing all together when that same person identifies what they can say and do with respect to a specific individual and interaction that has the probability of representing a higher level of empathy, and then they go do that, notice the results, make changes accordingly and act again.

Changing your behavior, just like developing a new athletic competency, takes repeated actions over time before it becomes a natural occurence.

I couldn't agree more with your point that people don't take enough time to reflect before jumping into action.

I understand all the pressures, but it comes down to this: do you want to be more effective or not? If you do, thinking deeply about what you do and how you do it is the price that must be paid.

Sadly, in this time of "management by in-flight magazine," too many people still believe that they can apply simple, generic "tricks" to produce great results.

Good post, I agree completely. Success is the result of many small improvements over a long period of time.

This is the nature of the publishing industry. The basic principals of self improvement don't change, but writers and publishers need to keep making money -- hence the reliance on sensationalism.

I'm glad that you liked it.

This work is licensed under a Creative Commons Attribution-NonCommercial-NoDerivs 2.5 License.

The Eight
Principles of
Slow Leadership